Faults might come from either side, as couples sometimes lack knowledge of what could damage their relationship while seeing no fault in their actions, until it causes great problems to marriage. 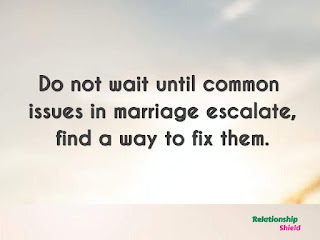