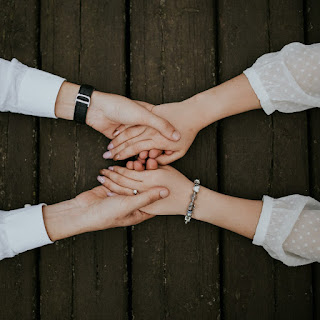 But since no one is praying to move out so soon in marriage, then it is important to know how soon is too soon to move in, and importantly the signs to determine compatibility in a relationship before accepting a man proposal.
If you can not find the below qualities in a man you call the man of your dreams, then you might be going in the wrong direction.
Nobody want a frustrating marriage after a wonderful and splendid wedding, it is important to know the reason for a sad marriage after happy wedding. This is why you should know the true importance of courtship as a bachelor or a spinster. During courtship, most of the things you will see in your marriage will be revealed.

Why Is Courtship Important

Courtship is a great time to discover your partner, know his strength and weaknesses before marriage. Though there are men who will pretend during the time of courtship so they can get married to you.
After the wedding they will then change totally in marriage. You will then start wondering if it is the same man you had relationship with before marriage? At this point, your confusion increases as you keep seeing some strange things happening from his behaviour. Then, you will wish you could go back to courtship and study more before accepting his marriage proposal.
Many couples are ignorant of the fact that marriage is for a life time, while courtship is just for a period of time. The importance of courtship is however greater than accepting a marriage proposal, because when a woman takes good advantage of her time in courtship and know the importance of courtship and how it could affect her in marriage, she will take her time and never rush into marriage.

Why Women Rush Into Marriage

Many ladies run into marriage because they are either tired of being humiliated, or the don’t want to be humiliated by people, family or friends who are younger but already married.
Age is not a barrier in marriage and here is why, not having a happy home is the main barrier. And that which you do not want to be humiliated about that made you run into marriage or accepting a mans proposal without considering the major things you should know before accepting his proposal might get you into trouble.
Always remember ‘when you rush into marriage, you eventually run out’ at this time the mockery you try to avoid in the time of your courtship before marriage will then be something you may have to live with for life.
Just like knowing how soon is too soon for a man to propose, for a woman, knowing how soon is too son to move in is to determine the compatibility in a relationship before accepting a mans proposer.
1. Life time: Courtship may be for a short period of time but for marriage is a life time contract. Seeing yourself spending the rest of your life with a man who claims to love you is a way to determine the compatibility in a relationship before accepting his proposal.
Before you think of how soon is to soon to move in to a man’s life through marriage, is to understand that there is no going back. Though, there is no shame in moving out of a mans life in courtship, but in marriage, shame is the consequence of a failed marriage.
Because many people have failed to know exactly how soon is to soon to move in, they eventually find themselves moving out, which has lead so many to depression, insanity and cost many their lives. If a man is not compatible do not force it, take your time to get a compatible man. You know what you want so go for it.
2. Communication: is vital in marriage, how well do you communicate with your man and how well does he handle your conversation. A man who can not communicate with you at will in courtship will find it hard to communicate with you in marriage. You should be able to talk about sensitive things in relationship before marriage, without it causing any form of misunderstand or disagreement.
3. Do you find happiness with him: Being compatible is one thing, finding happiness in your man is another. When contemplating on how soon is too soon to move in. When a man does not give you joy in courtship, there is little or no chance he can give you happiness in marriage.

Find a man that can make you happy, a man who will always forgive you and ignore your flaws, a man who is not arrogant and always willing to see you around him, and most importantly, a man you can be proud of even in his flaw and mistakes.
4. Forgiveness: keeping grudges is one thing that has broken so many homes So many marriages are broken because the parties involved could not forgive each other. Some even go as far to say ‘ I will not forgive him till death’ .This kind of marriages end up being unfruitful.
Knowing you can forgive your partner at his worse is a sure way to get a fruitful marriage. Forgiveness is a sign of compatibility in a relationship leading to marriage. If you cant forgive your man at his worse,then it is better not to think of how soon is too soon to move in.
5. How well known: Does he know you than you know yourself? Before accepting a mans proposal, or thinking of moving in, you should know how well you are know by your man. How well does he know you, can he stand as your witness any day any time.
This happens mostly when issues arise in the family, will your man support you at your wrongs? Will he stand by you even when he has little chance of winning? Knowing these things are signs that determine compatibility in a relationship before you accept a man’s proposal.
6. Dependent: Do not think of marriage with a man who can’t stand on his own words, do not marry a man who can not command authority, do not think of moving in with a man who can not make decisions on his own without consulting his family members or relative. A man who does not understand dominate control is not worth moving in with.
Such a man is dependent on people to live life, he will not be able to take full responsibility of your home or marriage, when issues arises, this kind of man will always take your marital affair issues to the public. Remember, a relationship which involve third part as a backup will never survive.
7. Vision: How similar is your vision with your man? To determine the compatibility of a relationship leading to marriage is to know how similar or related your vision and plans are. Moving in with a man who does not have a vision of how he is going to set his life is no match of a man to marry. Be sensitive in making your decision so you will not end up with regrets after marriage.
8. Target and plan: A man who does not have a target set ahead of him is no where close toward becoming successful. I bet you do not want to live your life poor, marrying a man who is hard working is good, but marriage to a man who has target and plans for the coming years is better. This helps in determining your compatibility in a relationship before marriage.
9. Harassment: Are you compatible? Check out for a man who harass, and can embarrass you in public, a man who temperamental will always lead you to frustration in marriage. Such a man know no shame, he act like he is insane.
So be careful of what man you choose to accept his marriage proposal. A man who has severally risen his hand to slap or beat you in relationship has a high tendency to beat the hell out of you in marriage. Those ones he is did in courtship is just rehearsal, the real show will happen when he finally gets married to you.
10. Morality: Being a religious person, be it a christian or muslim does not guarantee a man with a moral lifestyle. Do not make the mistake of moving in with a man who does not have good morals, also do not mistake spirituality for common sense. Such a man is always meant to frustrate.

A man with bad morals will always see things in is own way, he does not consider the interest of others but his, you will always find such man to be arrogant, aggressive and could easy molest you in public.