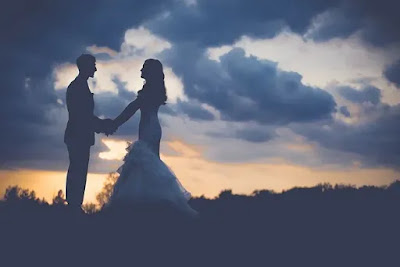 Life is a very funny world as it seems to bless and curse at its own will. We are going to address these issues in two ways by two different schools of thought.


Reddit talked about Determinism – The doctrine that all actions are determined by the current state and immutable laws of the universe, with no possibility of choice.
According to the determinants school of thought: it is believed that we can be determined to make something work for us, if we are prepared to work towards such thing. This school of thought believes that hardwork and determination can make a thing successful which include courtship leading to marriage.
The second school of though is the fatalism school.


Fatalist partners believe that whatever is meant to happen will happen. In other words, they think that if they’re destined to find “The One,” then that partner will magically appear, or that person will find them. – psychologytoday
According to fatalism school of thought: They believe in the very common word which says que sera sera, which means “WHAT WILL BE WILL BE”.
On this ground, we should note that:
From the determinant school of thought, It is proven that we can try our best, put in so much effort to make things work in our relationships, as we make personal sacrifices and spend so much time and everything to make courtship lead to marriage.
However, the painful part of the determinist school of thought is that after putting so much in a long term courtship or short term courtship to lead to marriage, such relationship may still end up in relationship breakup. This might come as a shock to us because when we think and believe we have done what we have to do to make a courtship lead to marriage, you might later realise it is just a waste of time.
Is there anything like waste of time in relationship? Lets quickly chip in this so we can clear this ideology out of our minds. Either a relationship end up being fruitful or not, there is no waste of time in both. How do I mean?

What Leads Courtship To Marriage?

The Peace In Marriage

How peaceful is your marriage?

Who are you: This is a personal question for you and a test on how well you know yourself. Have you ever wondered why nothing is working for you no matter how you try, especially in your relationship?
If you don’t know who you are, how will you know what you want? You can only know what you want when you know who you are. If you eventually know what you want and you do not know who you are, you will always observe that nothing works for you no matter how you try.
Discovering your purpose: when you know who you are, then you can discover your purpose in life, with this you can determine what kind of partner you want as you find a partner with the same or similar vision with you is another thing. With this you can easily break a long term courtship into a short term courtship that will lead to a fruitful marriage.
Considering all these without prayer for guidance and direction you may mix things up, however, when putting everything into prayer, remember to be wise enough to apply wisdom to everything you do.