To be sincere with you all, it is of no pride or value for a man to beat his woman at no cost.

It is very clear that when a man beats his woman he give room for people to disrespect her and can make people  underrate the value of the marriage or relationship, as people will mock you at your back, gossip about your relationship while you think you are shining. 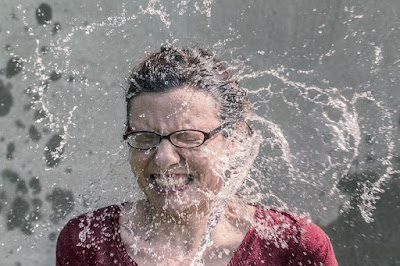 Some men think or have the mentality that when you beat a woman it shows a sign of strength and respect.
This men are right in their own world because that is what men do as a form of defence but they are totally wrong in the real world because people will see them as an insane person.

Insanity applies to both men and women. The application of not being able to reason correctly when thinking.
Insanity is a way of using the mind and ignoring the use or power of the brain. Note: An insane person will never agree they are insane. An insane person only see things in their own way, nothing can convince them. They don’t think about you or your happiness they only think about themselves.

So should you go ahead dating an insane person?

I know your answers will be NO, but let me make this clear, It is only an insane woman that goes after an insane man.
Being insane doesn’t literally mean a mad person but a person who can not reason correctly. I mean a person who is weak in their mental state, a person who lacks the application of common sense.
This means a person who cant control his or her emotions and feeling. As they let their emotions take charge of them which make them act violent to things.

A man who raises his hand to beat his woman needs help because he is weak and mentally ill, know why men beats their wife to avoid wife battering
This could be as a result of temperament such as anger, aggression and more. An insane person can think but can’t reason for themselves. This is why they act the way they do.
There is a great difference between thinking and reasoning.

You can research this yourself but if you want me to help you out you can always ask.
However, there are women who are also insane, this woman has thesame qualification i stated above about insanity . They can think but cant reason.
They are called the one way thinkers
Insanity: doing the same thing over and over again and expecting different results. Insanity” – hellopoetry
Thinking without proper reasoning will always get you into trouble in life and most importantly in your relationship.
This is the reason why so many marriage end up in divorce and relationships in breakup.
If you can’t have a second thought about a thing, then you are in problem because you will always think that:
1. You are always right
2. The first incident or action or impression defines a person
3. You don’t want to make mistake or hear that your partner made mistake.
4. Everything seems good to you and you don’t want to be questioned.
5. You always feel important of you self while you have nothing
6. You don’t feel a shame of your ignorance (lack of knowledge).
7. You will always think you know everything.
8. You will fail to listen to advise or corrections.
9. You always think you are the smart one.
10. You don’t have a second thought about a thing
11. You find it hard to say sorry
12. You are proud of yourself and or, filled with pride
10. Your say is always final.
These are some symptoms of insanity, as i have said insanity or being insane do not necessarily mean a person is mad.
Haven understood the meaning of insanity as explained above. There are some women who are naturally insane that they will always force a man to beating them and after such beating, they will still go back and beg the man or the man will come back to beg them and together  they fall in love again.
Should you call this love? Every human being have a weakness in life but as a man if beating a woman is what you claim as a weakness. It is not a weakness but a mental disorderliness, the truth is you need help
And as a woman if you think your weakness is to frustrate your man to the extent of him beating you and it looks so obvious that you are always at fault and people also complain about your attitude, it shows you have a mental disorderliness and the truth is you need help.