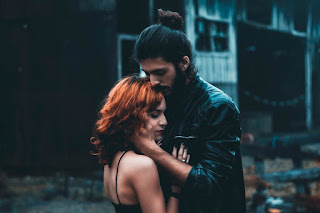 Logical Process
Firstly, as a man you must understand that when dealing with a woman in a relationship you have to be logical and smart about the things you do so that you will not end up in regrets. Why do I say this? 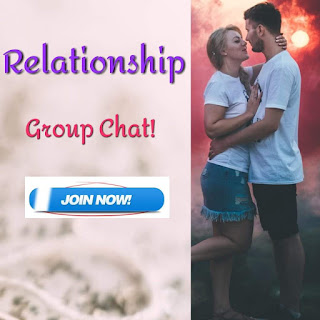 Despite the fact that there are decent women out there, there are some women who do not value the importance and essence of love in a relationship, these sets of women always lust after material things rather than true love.
For a man who wants to attract, impress and gain a woman’s attention, he must be ready and prepared to make use of his brain as many women are full of deceit and pretence. Lust women will play along with you until you spend the last dime on you.

Beauty Of A Good Woman

“A woman is to be loved and be cared for, a man is to love and care for”. The major success of a relationship lies on the shoulder of a man; though women also have a great part to play but the major responsibility is for the man to carry.
Here it show that women do not have much responsibilities to carry, apart from domestic actives, most women are free from the mental stress in a relationship as men carries most of it, majorly the financial aspect.
Infact a relationship without financial stability is meant to crumble, because money and love are inseparable in a relationship. It has even gotten to a stage that men are scared to ask a lady of a higher taste or caliber out for a date.
The fear of most men isn’t to approach such lady but how financially buoyant they are mostly determines the level of confidence in them.
If a man fail in some of his responsibilities while trying to attract and gain his woman attention in a relationship then he might loses it all.

Make Use of Your Brain

A man who tries to attract and gain a woman attention in a relationship must know to apply wisdom to whatever he does. For men application of common sense is important in handling his relationship.
Another reason why I stated that “A woman is to be loved and be cared for, a man is to love and care for”. Is that women do not have much to responsibilities to carry which give them time and with this they might be vulnerable to deceit.
For instance: The holy book stated that Adam and Eve was in the garden of Eden, God instructed them not to eat from a particular tree but the devil came and lured Eve to eat from the fruit which she did, and as well gave to Adam to eat from it.
At this point, Eve was vulnerable to deceit because she was weak minded, but Adam who was strong minded ate from her because he had fallen in love and this made him to lose his guard.
To this end, a woman’s mind is always less stronger than a mans’ and this could cause a man a great disaster when he tries to impress, attract and gain a woman’s attention in the relationship without making use of his brain correctly.

Long before now a topic was written about unfaithfulness in marriageand how we know when a partner is unfaithful. – There, a question was raised on who is to be blamed, is it the man who asks a woman out or a woman who accepts despite being in a relationship? It was stated that it is normal and a right for a man to ask a woman out for a date, but it is the responsibility of the woman to accept or to decline such invitation.
Many relationships are based on lust rather than love and that is why we have many broken marriages and relationships. Most men and women are attracted to the material things (what they see) than what a person possess, such as character, attitude, discipline, respect and more.
Most women are attracted to the material things a man possesses, infact some ladies are of the notion that a man must be of certain caliber or worth before they can go into a relationship with him.

The Fear To Love

All these create fear in the heart of men to impress, attract and gain a women attention, but does that mean you should not love?
Despite all this short coming, a man has to love, impress, attract and learn how to gain his woman’s attention if he does not want to give his woman to another man. There are many flirtatious men out there that are ready to deceive your woman into their own arms, therefore, It is your responsibility as a man to know how to attract and gain your woman’s attention in a relationship.

Here Is How To Attract And Gain Your Woman’s Attention In A Relationship:

1. Relationship foundation: What is your relationship built on? Is it to have fun and sex or you both have plans for your future? When the foundation of a relationship is not well defined then it will be difficult to attract and gain a woman’s attention in a relationship or in marriage. Women are very sensitive to things, especially the ones who are serious about getting the best out of life. These kind of women always in every way look for their mans progress until he succeed. They take their time to help develop you as the man and grow with you.
Relationship foundation is very important when you base the foundation of a relationship on lust rather than love, then it will be difficult to attract and gain a woman’s attention in a relationship.
2. Relationship Purpose: As a man, you are the head and your woman will always look up to you. If you can not define your purpose in life then it will be difficult to define the purpose of your relationship.
Defining the purpose of a relationship is to know why you are in the relationship; it is like asking yourself why you exist and what your purpose in life is. Are you here on earth to make a living, to be rich and famous or to be a spectator? When your purpose in a relationship is defined then it will be easy to attract your woman and gain her attention.
3. Confidence: How confident are you to handle situations for yourself? What is your level of confidence as a man, are you the shy type? If so, that doesn’t work for some women. Women value and so much love a man that is full of confidence, they feel secured and protected with such a person. Women are proud of men of confidence, infact they can go as far as boasting about you among their friends.
Note: Building confidence is not about your physical appearance, look, stature, status, height or whatever you think they are, it is all about developing growth mindset and having a healthy self esteem.
4. Be In control: The way you handle situations could determine how you attract and gain your woman’s attention, if you are a man that easily jumps into conclusion without proper investigation and proof, you might by yourself ruin your relationship, you should learn how to be a good judge. Women loves a calm man but filled with knowledge, or an agile, smart and outspoken man who also possesses an attribute of common sense.
5. Communication skills: Learn to know how to control your relationship with your communication skill, be calm, learn to talk less and listen more. Women so much loves a man that gives them the attention they deserve. Take time to listen to her gist.
5. Responsibilities: If you don’t want your woman to be stolen by another man, then you should be prepared to take responsibilities in your relationship. Responsibilities easily attract and gain a woman’s attention. This is a very important reason why women are in a relationship so learn to take responsibilities.
6. Level of Seriousness: Don’t think that you will attract a woman and gain her attention if you are an unserious type of person. A man’s level of seriousness pushes him to do more and strive harder to balance a relationship. Your full level of seriousness is needed to attract and gain a woman’s attention in a relationship.
7 Motivation and Inspiration: Your relationship needs to be inspired by you, so how do you make your relationship inspiring? All you need is to give it a form of entertainment, give your relationship a brand new look every time. Never let your relationship get boring. How do you do this? By taking your woman out for a date, buy are stuffs like wears, and doing new things constantly.
8. Surprise: Every woman loves surprises, I bet you as a man also love it or don’t you? Of course you do. So why not attract your woman and gain her attention in your relationship by elevating her spirit with a lot of shocking surprises. You don’t have to do more than your capacity; you just have to do the needful.