Afraid of a Broken Heart: Define True Love from Lust

In Love or In Lust:

Love is so expensive these days, only few relationships can survive the disaster of heartbreak as most relationship is based on lust rather than love.

We had the opportunity to ask some of the many people who are not in relationships the reason why they are not in any relationship and what are their challenges?

The responses we got from most of them was “I am not in a relationship because I am tired and scared of being heart broken”. 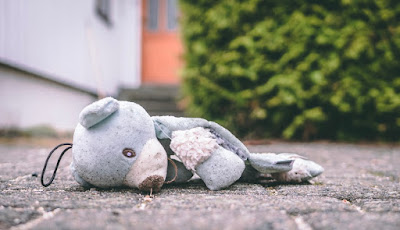 It has now come to the time where everybody is now tired of playing around as many are scared of being heart broken. Meanwhile, there are many who enjoyed being in a relationship for no other reason than to break peoples heart. They are called heart breakers. Why is this? The reason shall be discussed in details below.

This set of people gain pleasure in peoples pain, they are happy seeing other people sad, they are not after anything other than lust, while some do not count heartbreak as something evil, some just see it as a way to catch fun. They cheat on who ever they feel like and see it as a normal way of life.

It is mostly common in the young adult who are starting to gain their freedom from home, they are easily influenced by friends, and peer groups, the want to belong.

What they do not understand is that this age is a very fragile stage in life as their mind could easily accept things and mostly the wrong ones.
Even young adults that are growing up and finding themselves in relationships are so scared to start one mainly because they have seen peoples experiences and many more.
Relationships can be funny atimes, the good side of a relationship is when love is shown while the other side of a relationship is always brutal, body and mind damaging and could in some ways cost us our lives if proper care and measures are not taken.
Being heart broken is dangerous as it could result to severe damage mentally and physically. But does that mean we should not love or fall in love again? Of course we have to love but if we find ourselves heartbroken it should only give us a warning sign to what kind of relationship we are heading to next.
To avoid being heart broken is to take your time to understand your partner before falling in love or involving oneself in relationships. 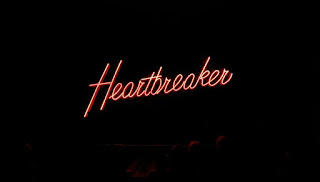 There are so many reasons why there could be heartbreak in a relationship which would be classify into two main sections.

Firstly, relationship heartbreak could be minor: It is called minor because they are things we know but we pretend to ignore them. Minor heartbreak in relationships could happen probably because of our own ignorance.
Most times we know a relationship may not work for us but because we are somehow enticed to some things in the relationship such as beauty, personality, attractiveness and many more, we do assume that the relationship could be productive if we both get along and also with the mindset that with time, everything we see as an obstacle or challenge will pass or fade away.
For instance; when a person approaches us, something might give us a warning sign that this person is a flirt or is not really in love but in lust with us but because we love the person probably based on material or physical appearance or attraction, we ignore the fact, instead we accept the fault because we are in love. In this kind of scenario, there is no way the relationship would last, it will eventually end in heartbreak.
If you are scared of heart break, this is the first thing you should take note of before jumping into a relationship. Don’t jump into unfruitful conclusion rather, take your time to know who they are before you venture into any relationship.
However, there are some people who find themselves in wrong relationships which they never noticed at first, but with the help of courtship before marriage, couples get to know their partner more and more every day, here they know the strength and weakness of their spouse and their capabilities as many people pretend to live a fake life just because they want us.

When we notice pretence and a sort of fake life in our partner, it is important that we opt out as soon as we can before everything get complicated and even more difficult to run out of such relationship.
“Don’t manage a fake or crude partner in courtship it will eventually end up in tears. A partner who can not be handled and changed in courtship will eventually become a beast and a parasite to you in marriage”.

It is major because most times people do not know how damaging and disastrous things could be after digging their heads into such relationship. In this case people realise various problems after falling in love or when the relationship has gone a long way.
What many do not know was, if the relationship was based on lust or love, what kind of man or woman they are in love with, does their partner have a plan or are they committed to the future and survival of the relationship? Individual family challenges and more.
This could be fatal and most times happens on the surface when the relationship is almost at the stage of marriage.
As the rate at which heart break will always keep rising, it does not look new or surprising to many because people have taking it to be part of the norm of life.

In the world we live in today true love is rapidly fading off as lust is taking over. Many people are not interested in true love these days but more focused and interested in material things.
The truth is, you can not run away from relationships because you need it and it is essential, but to avoid being heart broken is to understand and define who is in love with you and who is in lust with you.
Share : 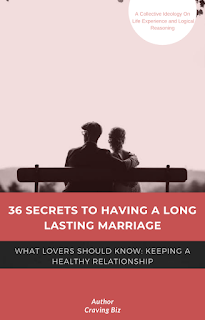